Increasing dry storage capacity and truck access at CBI’s Statesville, NC facility was a critical part of the company’s aggressive plan to continue its northward growth path. Our team worked quickly and efficiently despite serious supply chain issues, labor shortages and challenges integrating the existing loading dock and the new expansion area. But our team’s most important task during construction was ensuring that our client was able to maintain operations, deliver product to customers and continue to grow their business. While we successfully achieved these goals and more, it wouldn’t have happened without first building trust through ongoing communication, which ultimately leads to a strong client relationship.

How to Build a Strong Client Relationship

Our client journey with CBI began shortly after they purchased North Carolina-based Pate Dawson Co., thereby acquiring three distribution facilities in Statesville, Goldsboro and Greensboro. A 169,090-sf cold storage expansion in Statesville was completed by our Design-Build team in 2019, followed by our transformation of an 88,000-sf vacant shell dry warehouse into a USDA-grade meat, seafood and cheese processing facility for CBI affiliate Southern Foods in Greensboro. Midway through that project our client asked us to move our timeline for completion up by several weeks. I promised that I would get them in before Christmas and that’s what we did. We really gained their trust that we do what we say we’re going to do. When I found out about the second expansion in Statesville, I was eager to take that assignment.

Demolition of an existing parking lot paved the way for the new addition, which included a 70,037-sf warehouse, 16 new dry dock positions and relocation of their public market, Cheney Express. They gained 5,000 new slots to stock product, which effectively boosted their ability to distribute fresh meat, seafood and produce to customers. In December 2021, the project was successfully completed on time and budget, bringing the total square footage in Statesville to 342,126. Through the successful delivery of this project, we advanced our partnership with CBI. In my opinion, if you can’t say that at the end of the project, you’ve got nothing.

I’ve been in this business for 40 years and I can truthfully say that there’s nobody I’d rather sit down with for morning coffee on the jobsite than CBI Statesville President Rick Stapleton. We have mutual respect for each other and just clicked from the first day we met. Recently, he joined me for a casual conversation over a Honey Baked Ham boxed lunch, which is the way we liked to do it on busy days.

Joe: The first time that we met was in Greensboro at Southern Foods. Am I correct on that?

Rick: Right, so we had the barbecue and got to meet you and Jane and a lot of people from the A M King team. I was really impressed with what Bill Mutton, our president at Southern Foods, had to say about the way you handled that project in Greensboro. And I was glad to see that they chose you to manage the dry expansion project here.

Joe: With the goals here in Statesville, my experience in healthcare really set me up for the stages of doing logistics. We wanted to give you something solid that everybody could work through.

Rick: Yes. I think the initial work you put into that was important to the success of the project because we were able to work together and still run the business. The fact that we were able to make that happen certainly built our trust in
A M King’s ability to be collaborative, to plan the distinct phases of the project in advance and make things happen in a smooth way.

Joe: That’s what it’s all about Rick. And the job was successful because we were talking every day. And I was talking to your team or texting your team every day. Anything that was going to move or get torn down or demoed, everybody knew about it.

Rick: Whether I liked it or not. I started every day with you Joe.

Joe: Yeah, that’s right. We’d sit out on the parking lot, drinking our coffee in the mornings and talking about construction.

Rick: We did. When you think about the supply chain issues that we had to deal with in the middle of this – you know, you didn’t have that at the Southern Foods project – but here we had a lot of supply chain issues. So again, that daily communication for those type of things made a real difference.

Rick: I learned to trust what you said early on, because whatever you said is what you did. It sounds like an old cliche, but it holds true. That trust allowed us to move at a faster speed than we would have been able to move if we weren’t on the same page.

Joe: We brought the job in 10 weeks ahead of schedule and that made a lot of people happy.

Rick: Yes, it did and nobody happier than me because I’m here.

Joe: And you got the room?

Rick: Yes, sir, and I have the dock space, I have the slots and the expansion allows me to grow and take care of my customers.

Joe: So, I had the same team here that I had at Southern Foods, including Alissa for the assistant project manager.

Joe: Yes, she is. And of course, there was Jami, as the designer and JD, the project executive on the job. There was a lot of A M King experience on this in cold storage and warehouse design and construction. We brought the A-team.

Rick: Yes. And Jami and JD were involved in the first expansion here, so they were familiar with the facility and the past expansion and knew a lot of the people here as well. Jami’s also the reason we have some nice Cheney red walls on this place. I certainly had trust as a customer and knew we were in good hands.

It’s All About Food

Rick: Joe, you reminded me a lot of some of the mentors I’ve had over the years in the business who were straight talkers, get the job done and don’t mess around. And I think that that allowed us to work well together. If you think about it, we’re both hillbillies from the country. But we’ve been able to make it.

Rick: We love good food for sure.

Joe: I like to get on social media together and talk about the food. I always see these nice places that you go.

Rick: I don’t play around with those.

Rick: Some places I go to, I must go when I’m by myself because I can’t tell my wife! But we definitely like good food. I’m in the food business after all. How about chicken dumplings, biscuits and gravy?

Joe: Yes. We like nice steaks, nice dinners, but I can go to a cinder block establishment and have some biscuits and gravy also.

Rick: That’s right. So, I think the frequent communication between us, the way we started each day together and then the discussions between our teams and, and everybody having everybody’s number and communicating was critical to building the trust that we were all working together towards the same goal.

Joe: You got that right! Thanks for lunch and for placing your trust in me and our team. Rick Stapleton, President of Cheney Brothers – Statesville, has more than 34 years in the Foodservice Distribution business.  Most of his career has been focused on foodservice and culinary growth in the Carolinas, Tennessee, Georgia and Virginia.  Rick leads by serving and enjoys building successful teams, then seeing the people on his team experience opportunities for growth.

Joe Stoyko, A M King Superintendent, has more than 40 years of experience managing complex construction projects, including those in the food processing and food distribution sectors. He enjoys building trust with clients through ongoing communication, which ultimately leads to strong lasting relationships. 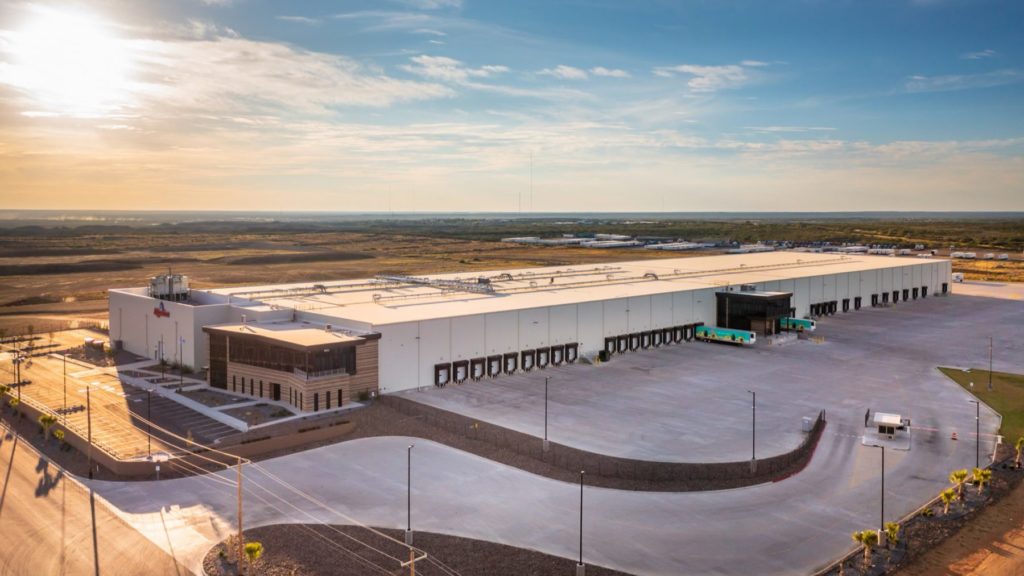 3 Tips for Bringing an Innovative Produce Distribution Facility to Fruition

It’s official. The Certificate of Occupancy is in hand. The ribbon cutting ceremony has wrapped up. Now, avocados,…